​Stourbridge Bonsai Society Show
17th November 2019
Stourbridge Bonsai again held their Annual Show at the Historic Bonded Warehouse on the canal in Stourbridge. There had been real concern for a few days that it would not take place as the river was about to burst its banks. Luckily it stopped raining just in time and the Show was able to go ahead.
All Members are encouraged to display, and as no trophies are involved, this as usual prompted a good response. This year 35 trees reached the tables, 6 more than last year. The show was well supported by enthusiasts from at least 8 Societies, and it was universally agreed that in general standards had again improved.
South Staffs Bonsai Society supported the show with 6 tables of exceptional trees. They have supported Stourbridge for the last four years and this has been a major factor in the improvement of our trees.
David Cheshire Bonsai was the main Trader at the event and was supported by Graham Simpson of Dragonfly Bonsai with his individually designed pots.
Steve Tolley, an Honoury member of the Society, was kept busy for the whole of the day. Starting with a brief talk on two previously styled trees owned by Graham and Terry Adams. He then styled a Yamadori Spruce which he “just” managed to finish by the end of the show.
He broke into his Demo for an hour to walk through the exhibition and gave a brief critique of some members trees. Many observers felt this was a highlight that had been missing for a few years, Steve’s enthusiasm, unique explanations, horticultural and artistic knowledge was extremely well accepted by the crowd. People had stayed to accompany him and it all resembled ‘Pupils following their Master’. Other Societies should consider this approach if they don’t already do something similar. The Society were very grateful that Steve had found time in his busy schedule to participate in the Show.
As the Show was a free event, the Tombola and Refreshment Area both sold out. A happy team of volunteers were kept busy all day. Everyone attending seemed to enjoy a well run event and next year will include a Raffle Draw for the donated pot in support of the British Legion.
Rod White 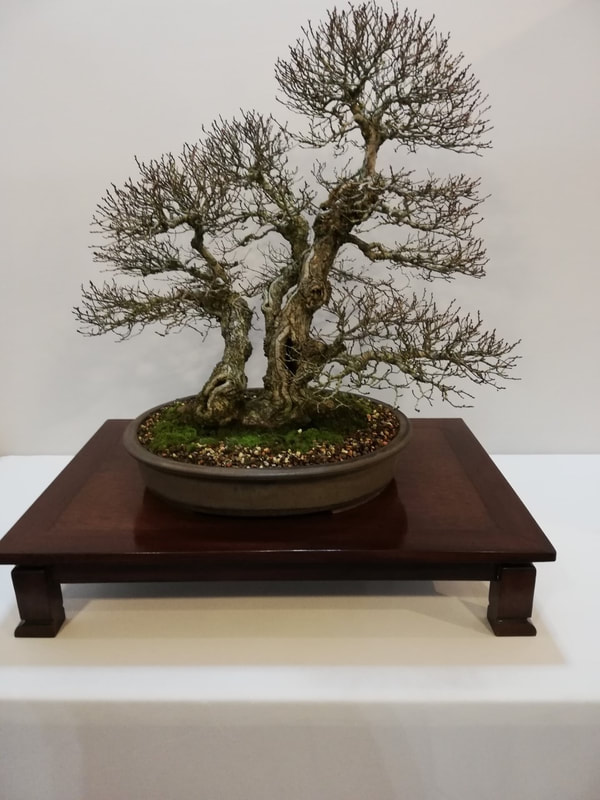 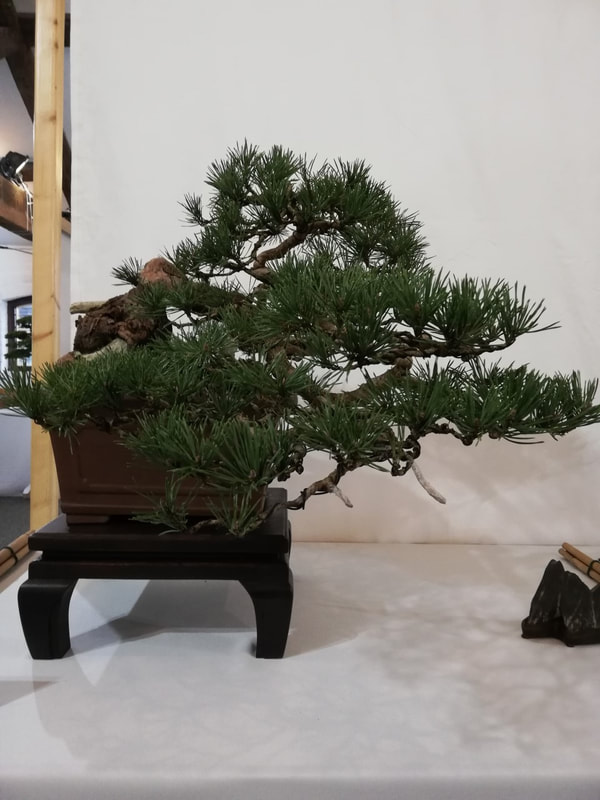 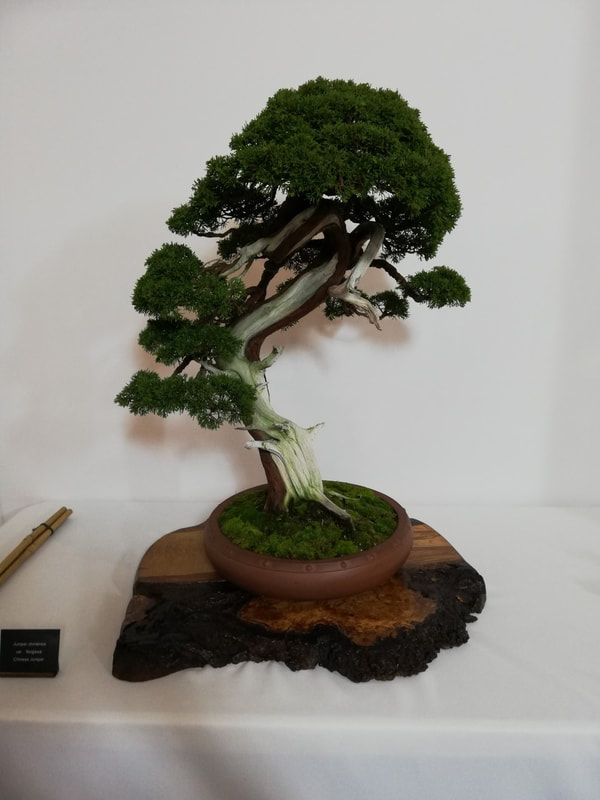 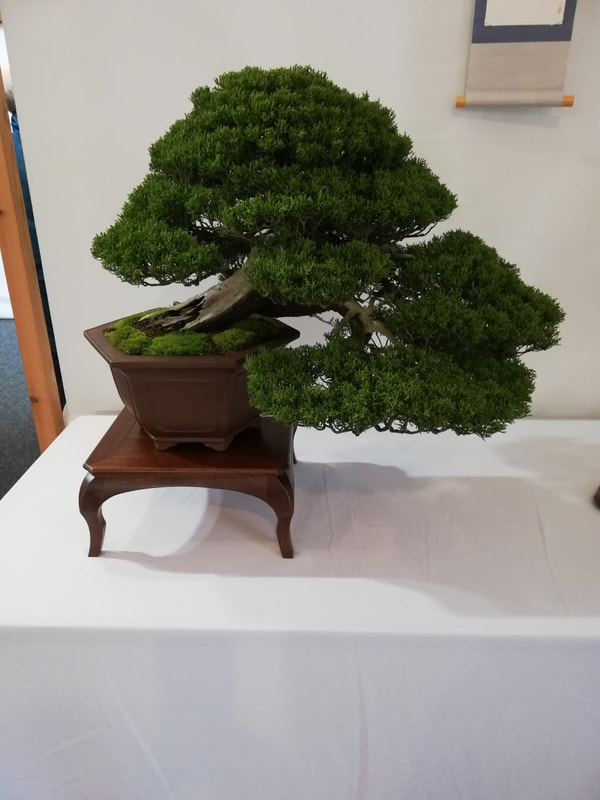 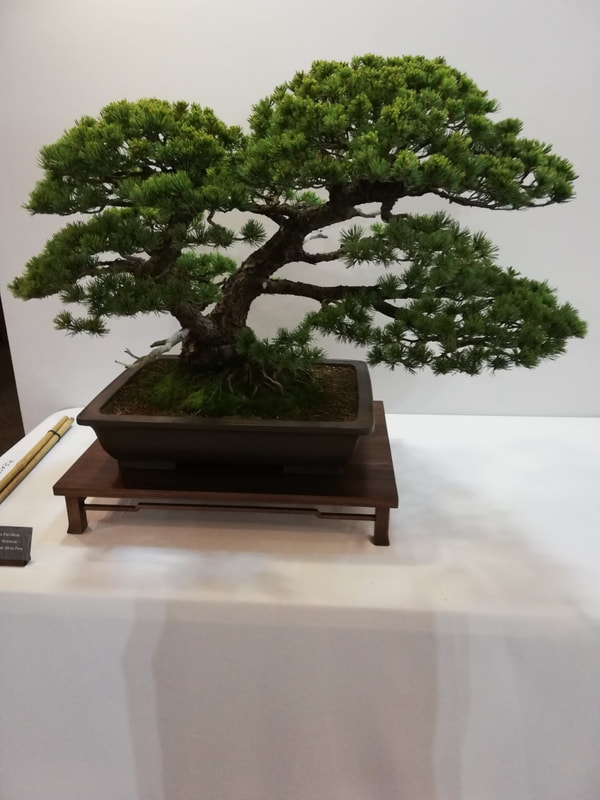 ©UK Bonsai Association October 2021. ​All pictures and text on this website are copyright and may not be reproduced in any form without the owner’s written permission.