20Oct19 European Bonsai Association New Talent Competition UK Heat
FoBBS was very pleased that Mark & Mingchen Moreland allowed us to hold the British heat of the Open New Talent Competition at The Heathrow Bonsai Show  last Sunday 20Oct19.
There were five candidates  :-   Matthew Griffiths,  Miroslav Kolar,  Adrian Long, Nathan Oswin, Richie Liz Sabino.
All had been recommended by Clubs they belonged to or had shown us a gallery of their own trees.
This is I believe the first time in the history of the competition that we have had a competitor who is an upper arm amputee. Adrian Long was recommended by Clifford Manville of Kent Bonsai Club. Adrian recognised the advice & encouragement from the  club had got him to this level.
The competitors entered into a ballot to choose the tree for them to work on. The trees were junipers all of similar size & shape. The candidates worked for three hours & created five very credible potential bonsai. The competitors were then asked to leave the hall. The trees were labeled again by their letters & our judges were invited in to deliberate. The judges on this occasion were Christopher Durne & Barry Walker. We invited the competitors back & the result was announced .

​The winner was Miroslav Kolar, second place to Richie Liz Sabino & third place to Matthew Griffiths. The judges then talked through each tree & and gave some advice.
I would  again like to thank Mark & Mingchen  for the excellent organisation. I must thank the five competitors for putting their heads above the parapet , & last but not least our judges Christopher Durne & Barry Walker. 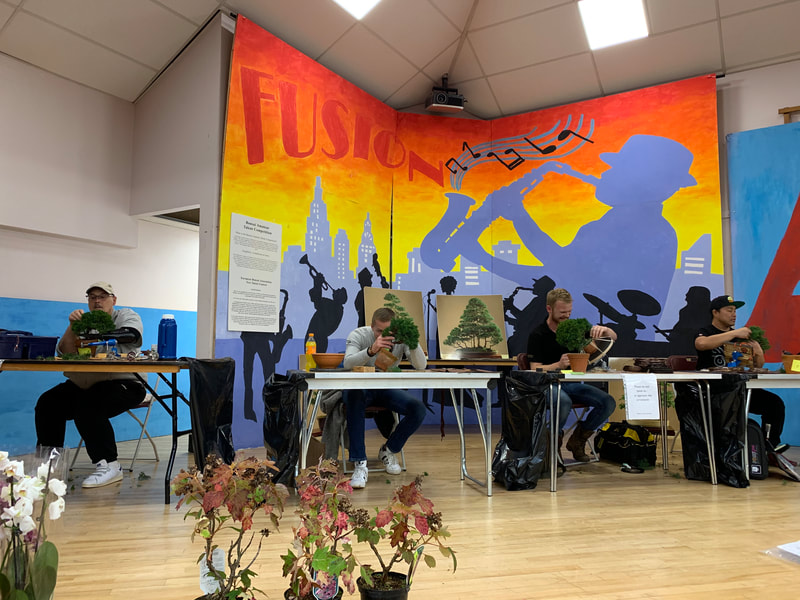 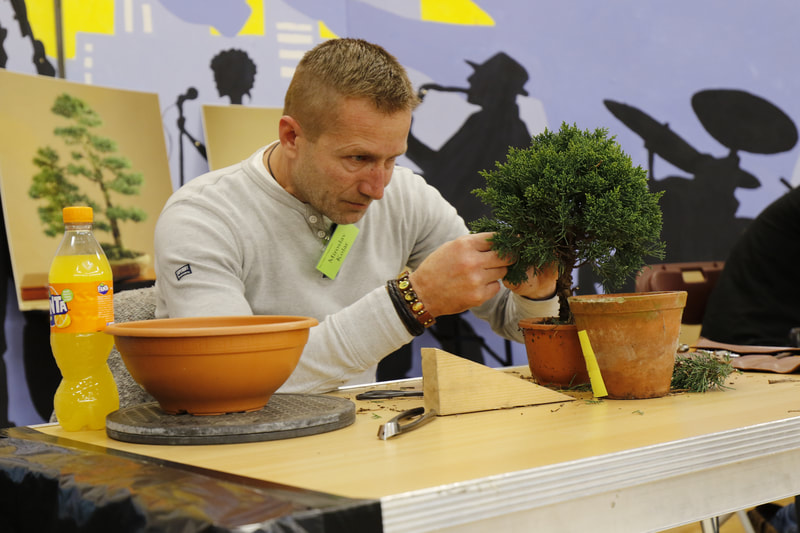 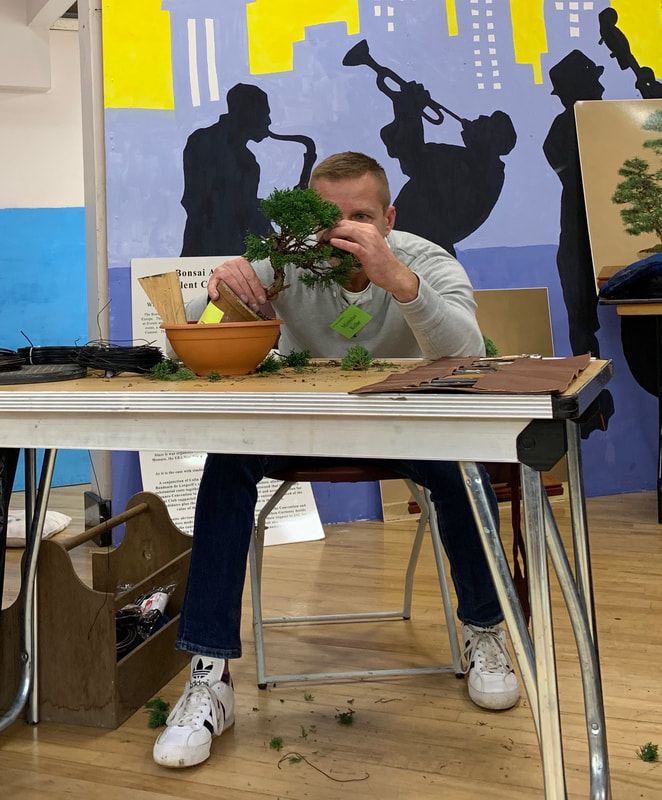 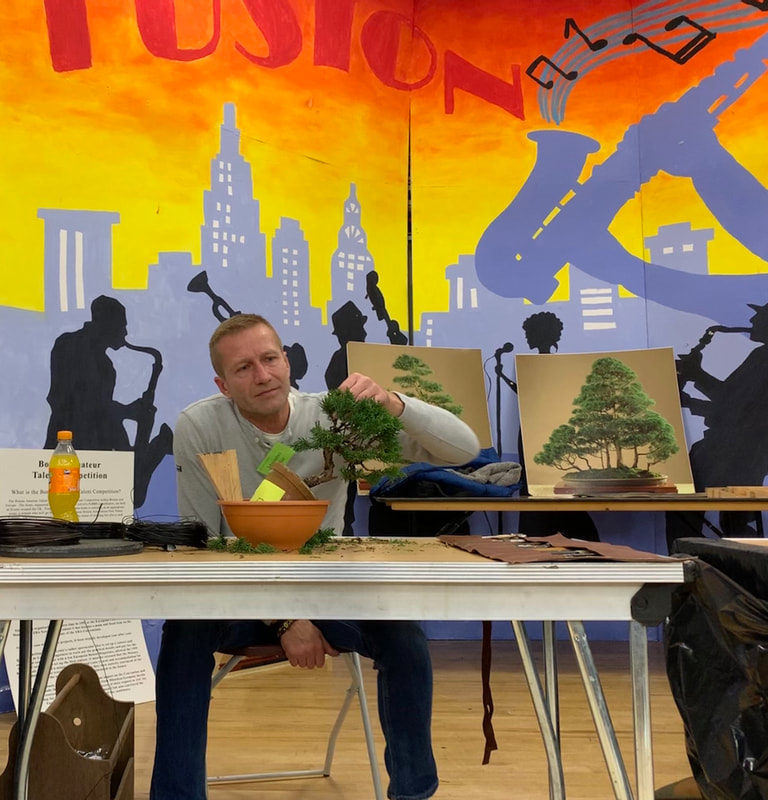 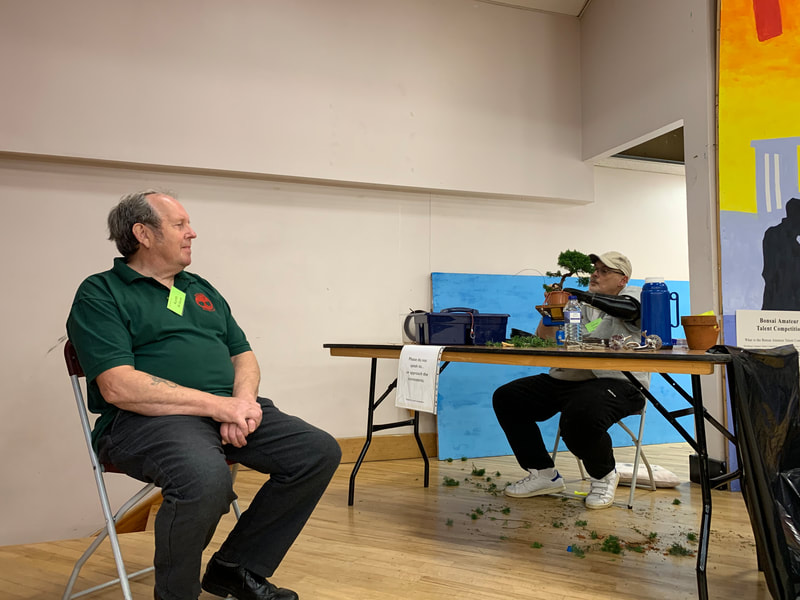 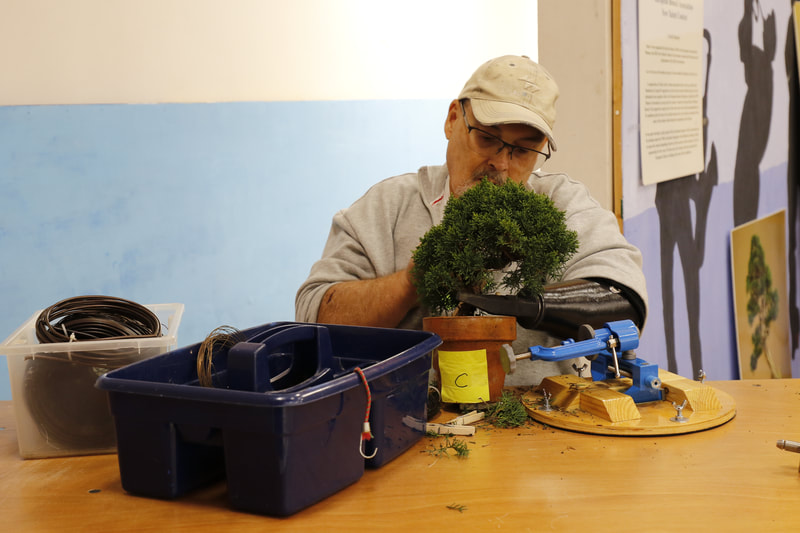 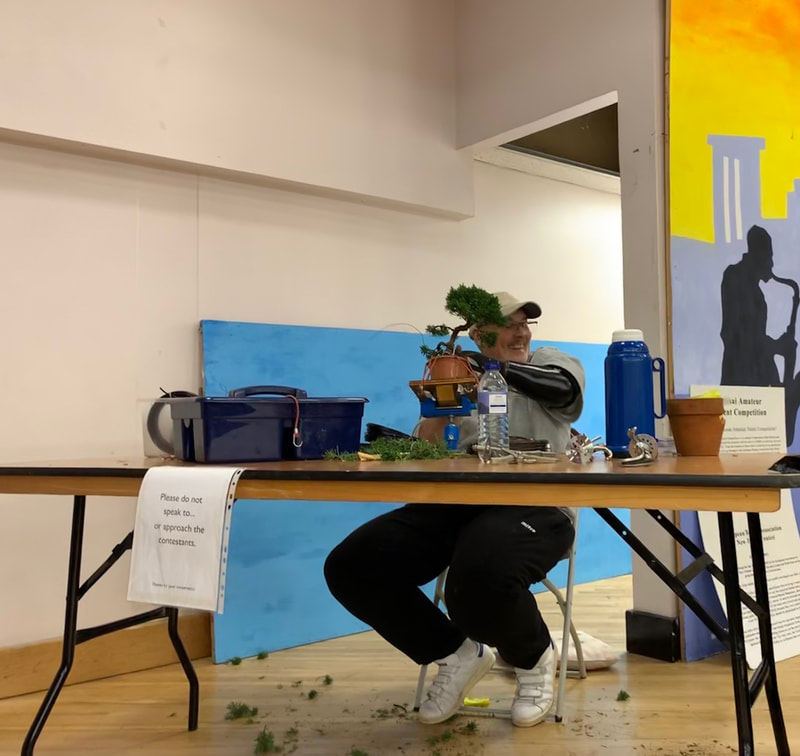 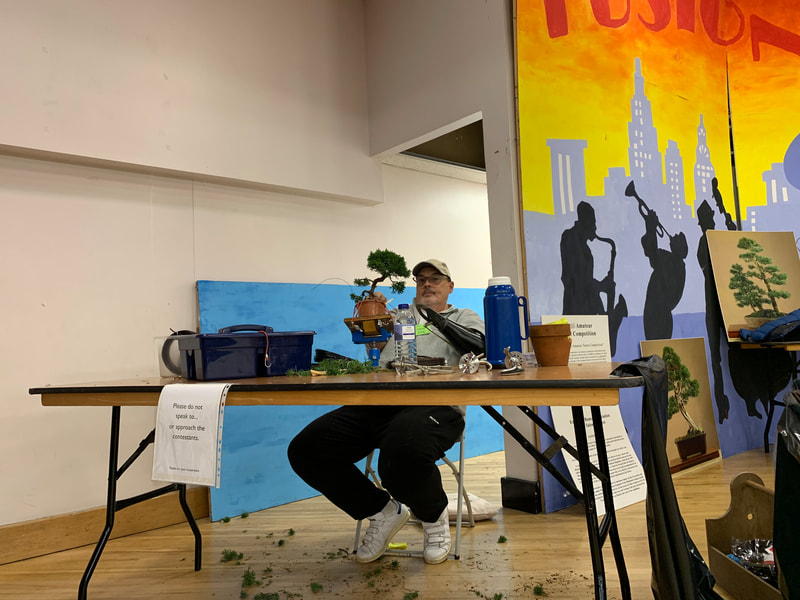 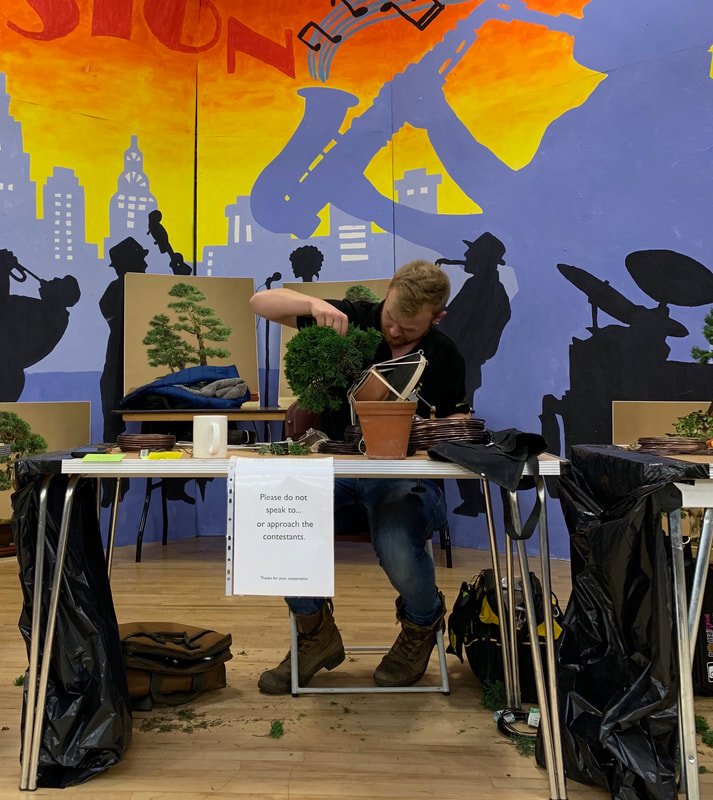 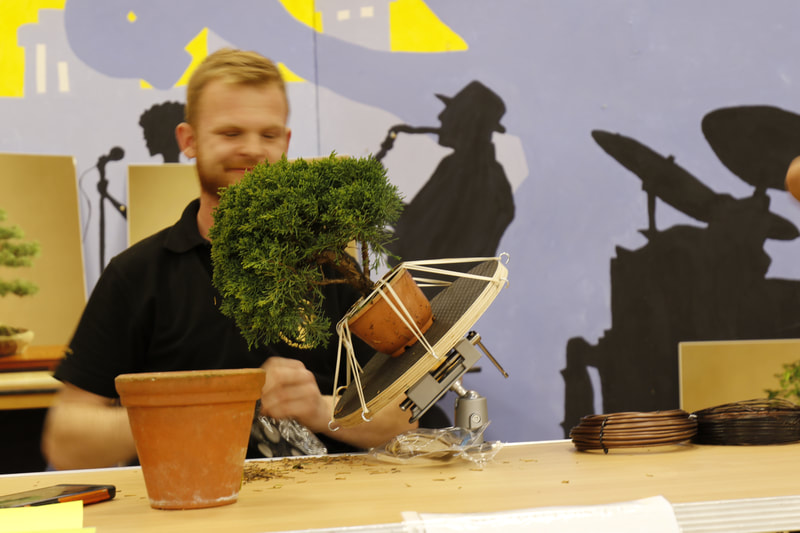 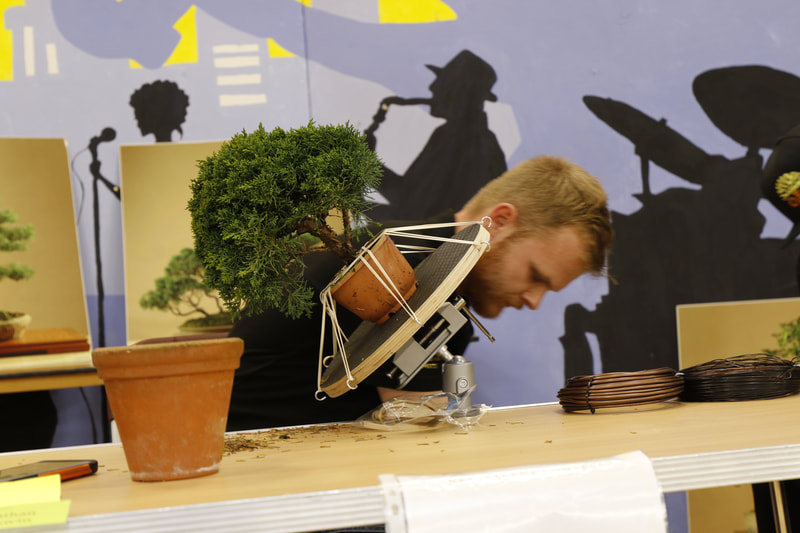 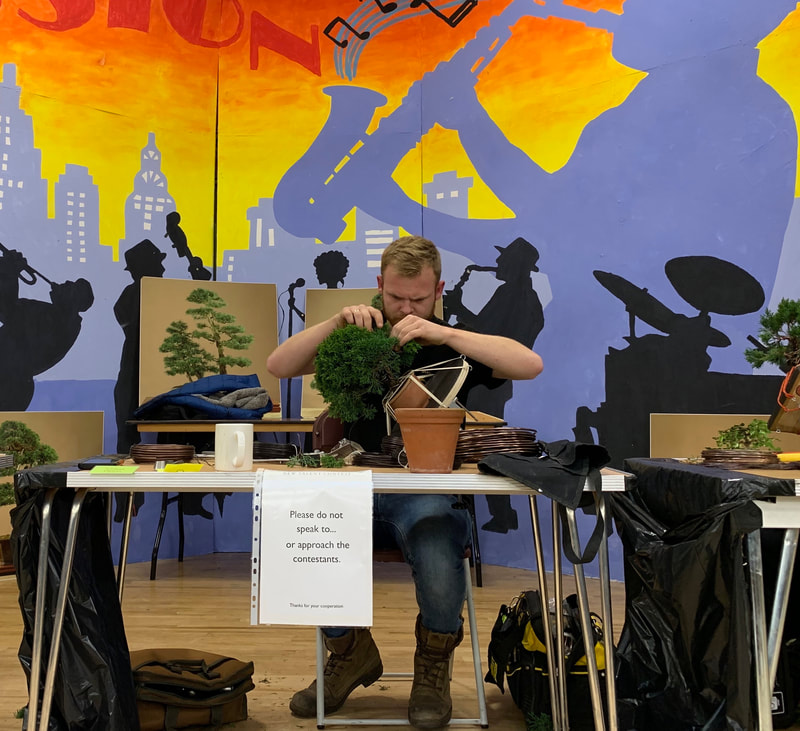 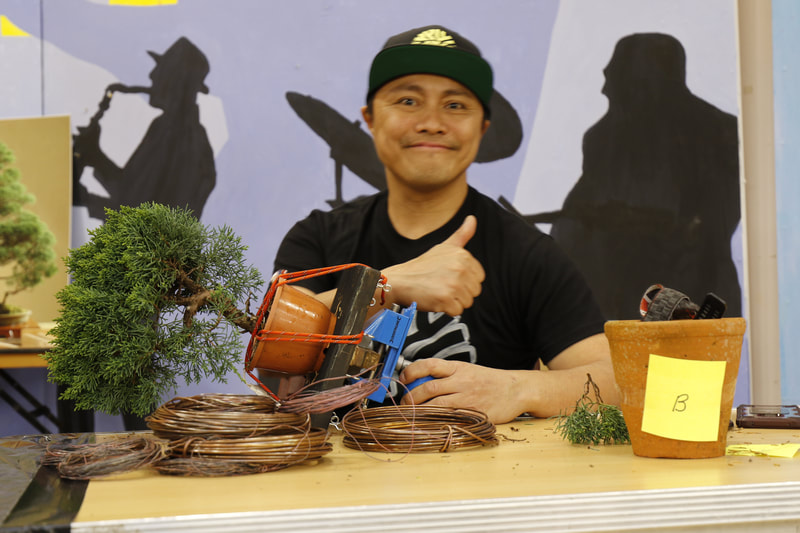 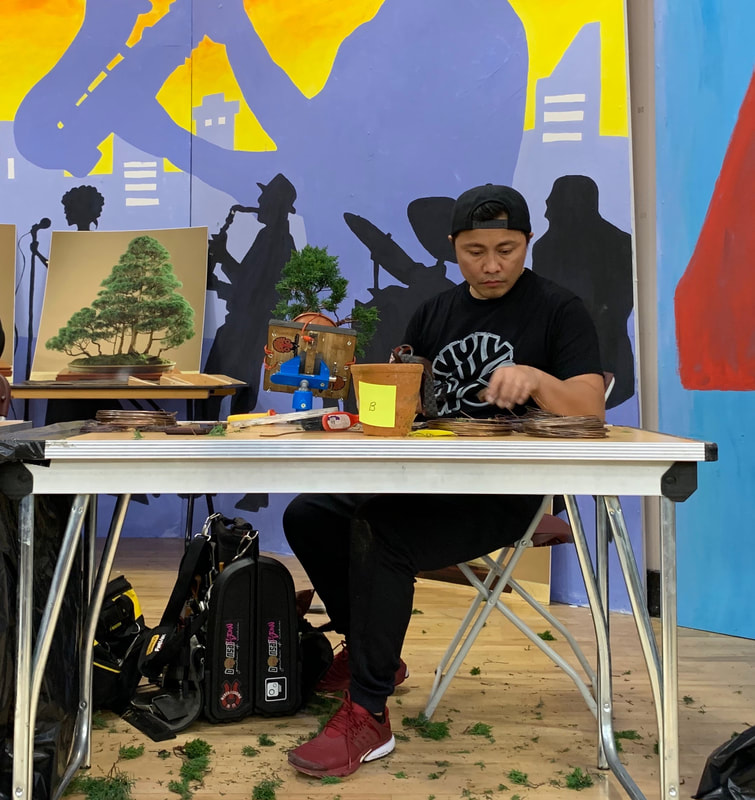 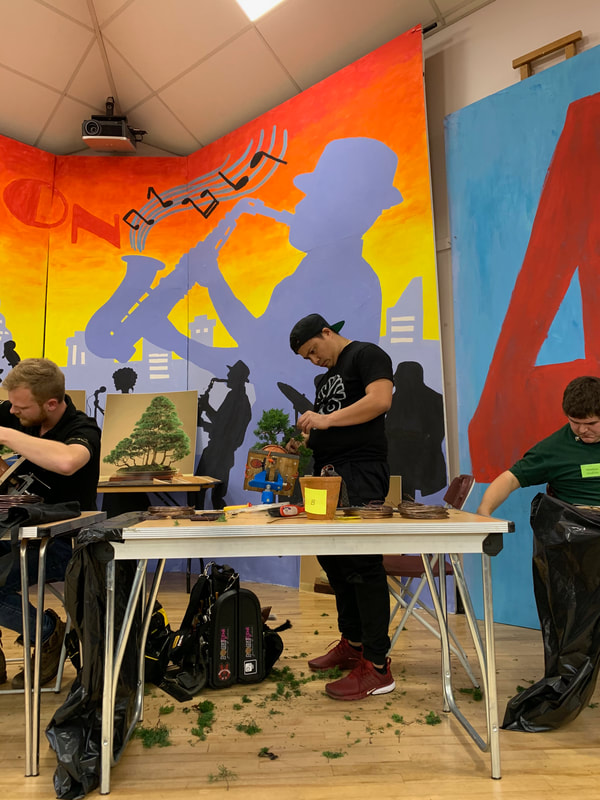 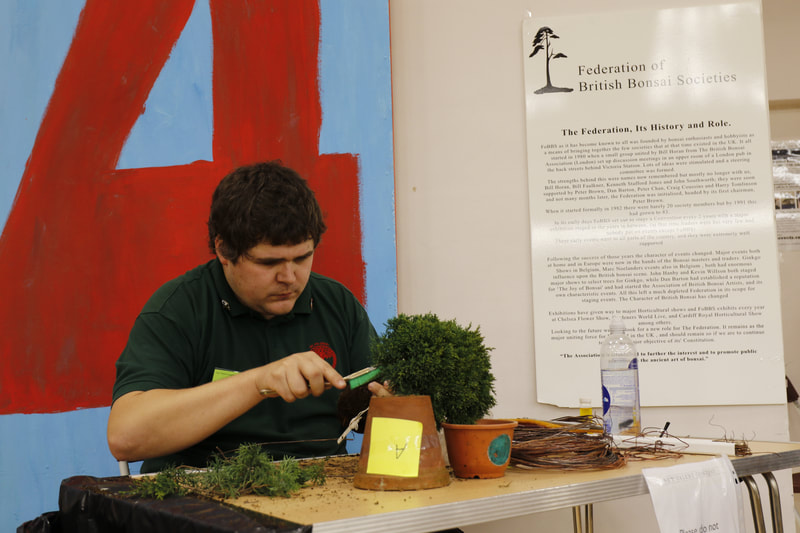 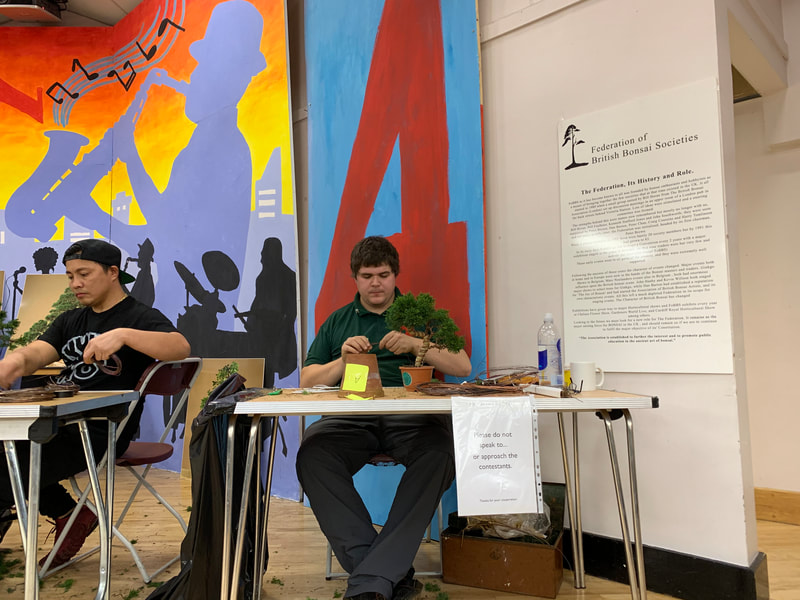 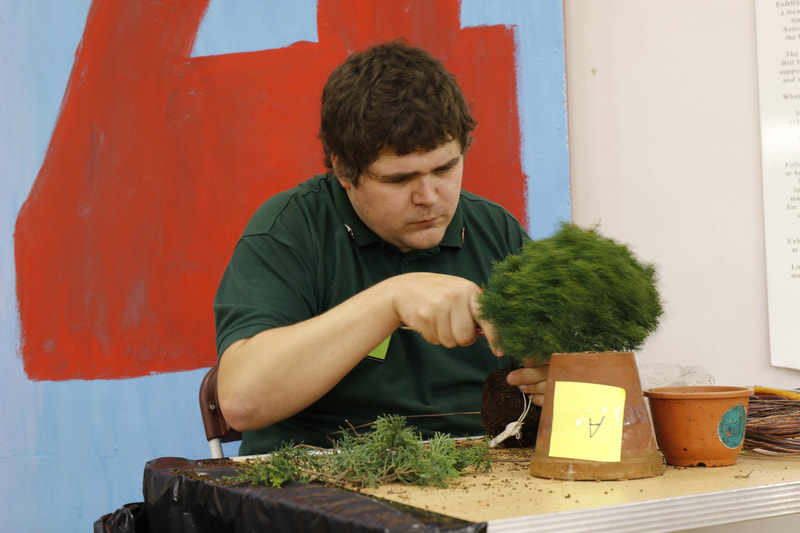 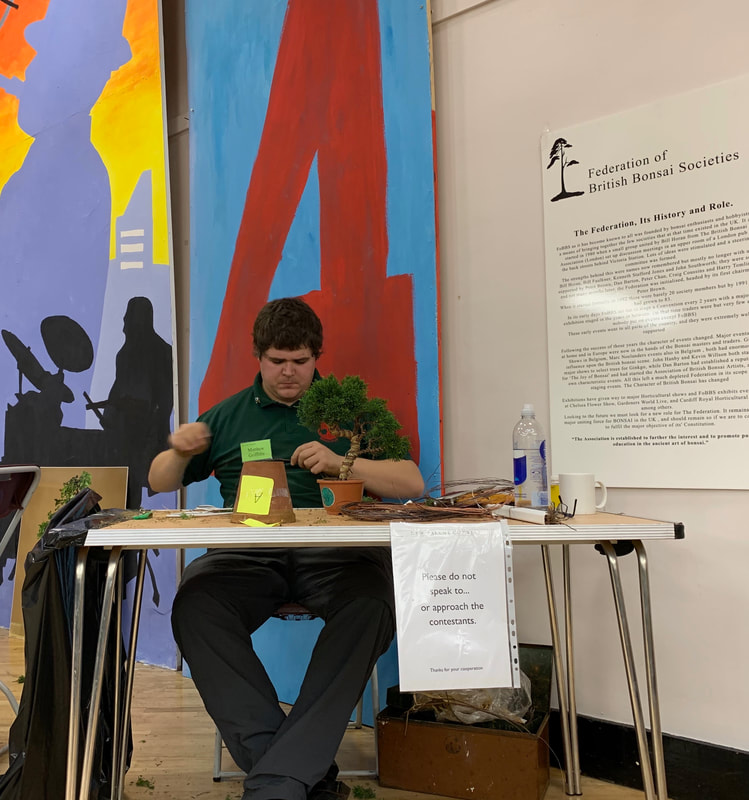 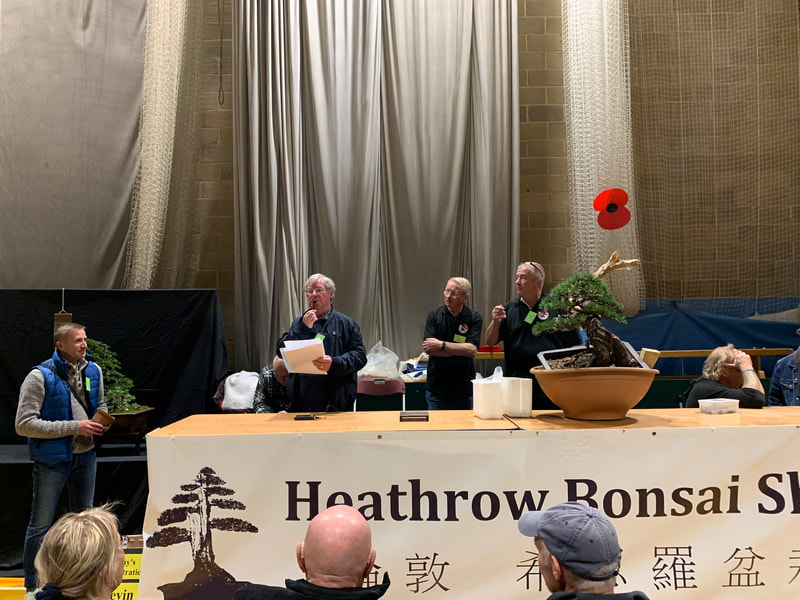 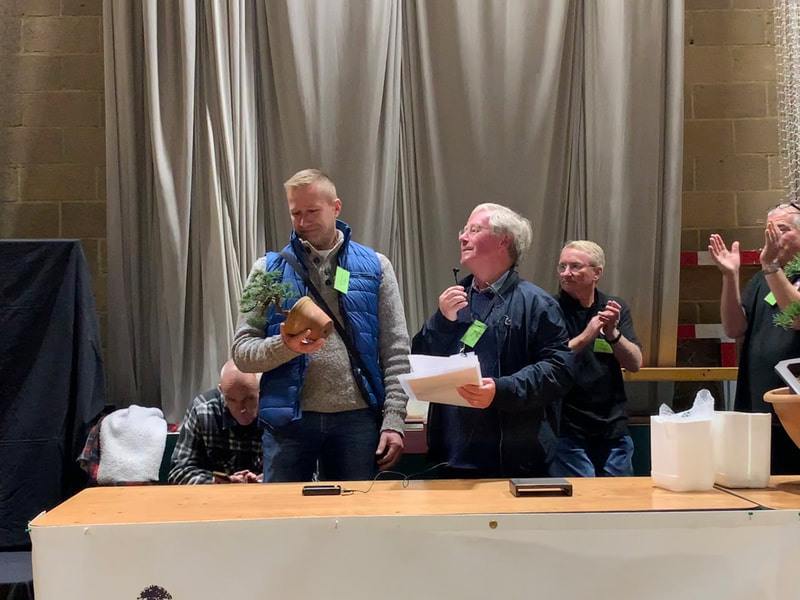 Photos by Allison Spink, ​Charles Billoir, MingChen Moreland
©UK Bonsai Association October 2021. ​All pictures and text on this website are copyright and may not be reproduced in any form without the owner’s written permission.